Listen to the newest episode of my podcast, Real Estate Mediator: A Real Estate Dispute https://anchor.fm/jim-w-hildreth/episodes/A-Real-Estate-Dispute-e33o9t
Posted by Jim W Hildreth at 1:11 PM No comments:

How do I begin the Mediation process?

Listen to the newest episode of my podcast, Jim W Hildreth Real Estate Mediator: How do I begin the Mediation process? https://anchor.fm/jim-w-hildreth/episodes/How-do-I-begin-the-Mediation-process-e33467
Posted by Jim W Hildreth at 5:17 PM No comments:

Our office is now offering Podcast to keep you updated on issues about Real Estate, Mediation and Common Questions about Mediation. 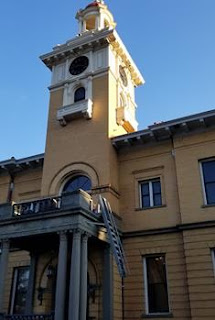 Many of us have visited Columbia State Park, or visited the Gold Country and have the historical knowledge of the Gold Rush and those who sought Gold, and know the Old Saying is a there is Gold in Them Hills. “Eureka”
Mining Camps were established from Nevada City to Mariposa and beyond. Placerville, Angels Camp, Columbia, Sonora grew overnight.
Dozens of men entered the Tuolumne County Superior Court in Sonora, without picks and shovels many with heavy leather boots, flowing beards and they wanted Justice
It seems these modern day minors were there to support their fellow miners in the injustice of a Modern Day Claim Jump
The two groups were equally divided and the Superior Court was wise’in sending this to Mediation.
Each group chose a spokesperson and there were a Plaintiff and Defendant.
The large group settled in on the 2nd floor of the Historic Court House
In Mediation each claimed they had the right to mine the Jack Ass Hill Acreage.
Each claimed they had the “Golden Ticket” issued by the Government to make claim and enrich themselves.
The Claim Jump was a first for the Mediator and in the end, after time and effort, the miners thought it would be best to send it back to the court for a decision by the Judge.
So each side will present evidence for the court to review and a decision will be made on the facts.
In the 1800's a different course would have developed among those miners and today the value of Laws and a Judicial System are in place.
As the Mediator, I enjoyed those men, the passion for Justice and I have a better understanding of the lure for Gold and Claim Jumping.