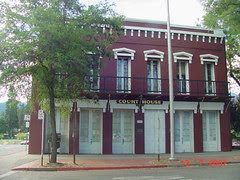 
In past posts of May 30, 2008 on Lange v. Schilling and June 13, 2008 on Casillas v. Westhaven, LLC, we discussed California Association of Realtors (CAR) real estate purchase agreement forms that have a provision conditioning an award of attorney's fees on attempting to mediate before going to court or invoking arbitration rights. The appellate courts construe these clauses strictly, with Justice Fybel's decision in Frei v. Davey, 124 Cal.App.4th 1506, 1520 (2004) being one of the most cited decisions for enforcing the mediation condition precedent provisions. However, as with many disputes, "the devil is in the details"—the wording of the contractual fee clause can make all the difference in the world, as the next case illustrates.

Dewey v. Higgins, Case No. B200661 (2d Dist., Div. 3 Nov. 21, 2008) (unpublished) involved two in pro per litigants, a real estate agent and the affiliate real estate broker. Both parties agreed to arbitrate two lawsuits brought by broker against agent arising from unrelated disputes involving a commission agreement and trust deed. Agent eventually won the arbitration, with the award being confirmed as a judgment and broker ordered by the superior court to pay agent $24,584 in attorney's fees and $4,127 in costs. Broker challenged the fee award, arguing the failure to initiate mediation disqualified agent from recovering fees.

Not so, ruled the Court of Appeal,

The contractual fees clause was different from the CAR form, providing that fee entitlement was in jeopardy for not attempting mediation first "in the discretion of the arbitrator(s) or judge." The key discretionary language was what allowed the lower court to award fees even though mediation was not initiated. The fee award against broker was affirmed based on this crucial difference.

Article posted on www.calttorneyfees.com
Posted by Jim W Hildreth at 8:23 AM No comments: