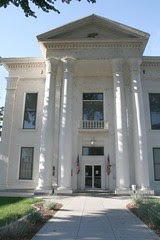 A condo seller who discloses a defect in the property may nevertheless be required to also disclose previous lawsuits regarding that defect. That was the decision recently rendered on February 17, 2009 in the California appellate court case of Calemine v. Samuelson (2009 WL 368648).

In this case, Walter Samuelson owned a unit in a condominium complex which had intermittent problems with water intrusion. In 1986, the homeowners’ association (HOA) sued the developer for design and construction defects. In 1992, the HOA hired a contractor to repair and waterproof the affected areas. By 1996, the HOA also sued the contractor it hired for ineffective repairs. Both lawsuits eventually settled. In 1998, the HOA hired another contractor to make repairs. The new contractor specifically informed Samuelson, as the HOA Treasurer and “point man” for the repair work, that it could only solve a portion of the problem. Samuelson’s unit did not suffer from water intrusion after the 1998 repairs.

In 2002, Samuelson entered into a contract to sell his unit. He properly disclosed on the Transfer Disclosure Statement (TDS) that he was aware of flooding, drainage or grading problems and added a notation about water intrusion during heavy rains. In a subsequent conversation, Samuelson described to the buyers the repairs made in 1998 to solve the water intrusion problem.

Nearly three years after the close of escrow, the condominium garage flooded. It was only then that the buyers first learned of the lawsuits. The buyers sued the seller and others for negligence and misrepresentation. Samuelson claimed he didn’t mention the lawsuits on the TDS because he thought he was only obligated to disclose pending actions.

The court ruled in favor of the buyer. The court stated that once “essential facts are disclosed a seller is not under a duty to provide details that would merely serve to elaborate on the disclosed facts.” However, the court added, “the evidence [in this case] revealed a triable issue of fact, as the existence of the two lawsuits was the very type of material information that a potential buyer could find seriously affected both the desirability and value of the property. Moreover, Samuelson’s disclosing the repairs made by the HOA in the absence of providing information about the context in which those repairs were made could be characterized as a partial disclosure, likewise creating a triable issue.” 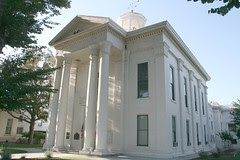 A California family purchased a mobile with land, 3 years ago. The mobile was pre-1976, the mobile was owner financed and the seller was willing to carry the paper for 4 years. The buyer has now discovered that conventional financing is unavailable do to the age, the note is due and payable. There is potential non-disclosure issues by the seller&broker.

A Oakland broker represented the buyer of a home and after close of escrow, the sewer system was in need of $12,000 in repairs. Did the seller disclose these facts?

Disputes do come up and in the past years one of the first calls was to a local attorney and often a suit was filed.

In California and including many states there is an alternative to disputes and it is Mediation.

Mediation is a voluntary process where the parties first meet and in a open dialog with a "Neutral" mediator.

The process is confidential and the value is that the parties can draft there own settlement vs a third party such as the courts.

Mediation is incouraged over litigation, it can be real time saver and the value is the dispute can be often settled.

http://www.RealEstateMediation.org
Posted by Jim W Hildreth at 3:17 PM No comments:

Fannie Mae, Freddie Mac, JPMorgan Chase & Co., Morgan Stanley, and Bank of America Corp. announced they are halting foreclosures through March 6, while President Obama works out the details of his housing plan. Citigroup said it will halt foreclosures until the administration has completed the details of the program or March 12, whichever is earlier. 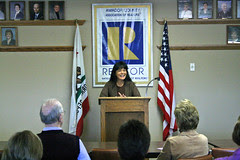 Amador County Association of Realtors
Originally uploaded by JimHildreth
Jim W Hildreth Real Estate Mediator, gave a update to the Multiple Listing on disclosure forms as it applies to buyers and sellers and the real estate community.

Diclosures are important to the consumer and especially in communities with wells, septic systems, easements on upaved roadways.

The monthly meeting is held in Jackson, CA.
Posted by Jim W Hildreth at 8:09 AM No comments: 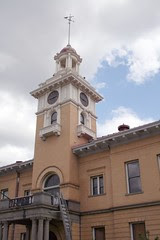 Under consideration is the value of mediation in the schools, the police & sheriff deparments for civil matters and and in the courts with both small claims and civil matters.

Jim W Hildreth a Sonora based mediator is actively partispating in the dialog and with his experiences on being a member of other court panels as to the value of mediation with local conflicts and disputes.