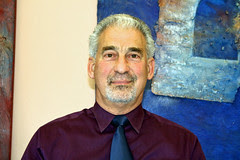 A invitation was made by my mother to attend a mediation that she was involved in a personal injury after a vehicle accident. As the oldest family member I accepted.

The mediator was Dan Quinn of Stockton a seasoned attorney- mediator.

The mediation was emotional, tears and anger flowed and during a private caucus
my mother entered the caucus and raged at the insurance company and counsel.

In the end of a half day mediation a settlement occurred which to this day my mother
feels that she should have not settled.

Leaving the mediation her attorney took me aside and thanked me as playing a major role in that settlement.

Her resentment passed to all parties including myself.

She refused to talk to me for weeks. That mediation is off-limits for discussion.

A turning point occurred that day.

UC Berkeley extension offered a class on Alternative Dispute Resolution and I became a student of mediator Ron Kelly.

The class was filled with those of the legal community who desired an alternative to litigation, judges wanted to improve on time management ,and master skills in mediation.

The classes were educational and I had a desire to use 30 + years as a Real Estate Broker and apply them to mediation in real estate disputes.

Upon completion, I did one year pro-bono in the Superior Court as a volunteer with East Bay Mediation and made the transition with the SEEDS organization based in Berkeley.

During that year period, I saw a high settlement rate in conflicts, and as a community mediator, we experienced cases that were from A-Z.

My first big break was a Sacramento Landlord who asked for me to mediate landlord tenant issues.

My passion for mediation and conflict cases continued and the next transition was additional education and training by Steven Rosenberg and being accepted as a civil mediator with the Superior Court of Amador County.

Assigned cases by the court were very different than community based mediation's.

Now at the table were professional attorneys and the stakes were higher.

Easement issues, non-disclosure, rescission of real estate contracts and pending law suits.
One specific case is the Superior Court ordered mediation, which was neighbor vs neighbor and physical threats had been made.

The attorney's asked for me to conduct the mediation and knew this was going to trial as they worked over six months to resolve the anger, resentment and physical threats over a blocked easement.

In this case, one of the attorneys did not believe in mediation, however he was going to follow the courts direction.

4-hours later, we had a written settlement and the neighbors left the mediation shaking hands and stating they could be neighbors once again and waive to each other in passing.

The attorney were shocked and pleased with the results.

Close to 65 + mediation's have been completed, with a goal of 100 and 100 hours of training and education.

My "Turning Point" this week was to join the respected Alameda County Bar Association as an "Associate" under the section of Alternative Dispute Resolution. I'm a non-attorney.
My 33 years as a real estate broker have given me years of experiences in all levels of real estate, from residential, commercial, income property, acreage, taxation issues, probates, landlord/tenant.
My goal is to continue to learn, and share my skills in both real estate and mediation in issues resolving real property.

One of my latest mediation's was a business opportunity that went bad with defective parts in the sale of a Laundromat and the hold back of funds in escrow. The dispute was settled.

My mother is still angry, and that day in Attorney Quinn's office has changed my life and had made me a believer that conflict and mediation can bring about positive results in treating all parties with respect, dignity, honesty and being "neutral" in the conflict and providing an avenue beyond litigation. 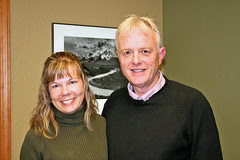 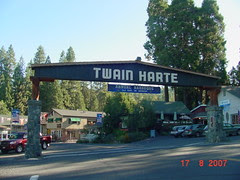 Hildreth will share with the agents the advantages of mediation in a real estate dispute.

Hildreth is available to service organizations, bar associations on the topic of Mediation and in particular real property disputes.
Posted by Jim W Hildreth at 8:58 AM No comments: 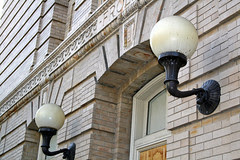 The Alameda County Superior Court has a outstanding website in the civil division of Alternative Dispute Resolution. (ADR) Interested in the topic of Mediatiion? Arbitration?

There are many advantages in a dispute in Mediation Vs Litigation.

Posted by Jim W Hildreth at 8:40 AM No comments: